How Were Their Expectations Fulfilled?
by Edward E. Stevens


This article appeared in the 2020 Winter issue of Fulfilled! Magazine

In the previous issue, we listed many biblical statements showing what the pre-70 saints anxiously expected to see, hear, and experience at the Parousia. If their vivid expectations were NOT fulfilled in the experiential way that they expected, then they should have been venting their disillusionment and outrage after AD 70. But we hear nothing but deafening silence coming from those saints after the Parousia. 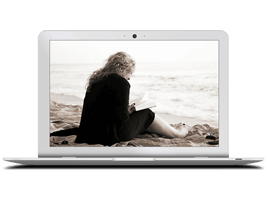 Furthermore, when we search the historical writings looking for evidence that those expectations were fulfilled, we quickly discover that there were no true Christian writings for almost forty years after AD 70, and that the first true Christian writings to appear in the second century speak of the eschatological events as being still-future. This is bewildering, not only to preterists, but to futurists as well. I have dozens of quotes from patristic scholars who lament that strange period of silence right after AD 70. Email me if you would like to have a PDF copy of those statements.

However, we are not left totally in the dark. We do have some non-Christian (Jewish and Roman) historical writings which indicate that the Parousia, resurrection, bodily change, and rapture did occur, so let’s look at some of those sources:

The historians quoted below show that Christ did appear with his angelic armies in the sky above Palestine. This was the beginning of his Parousia, which was NOT just a one-day event, but rather an extended visit to reward his saints and punish his enemies:

Now it happened after [Passover AD 66] that there was seen from above over the Holy of Holies for the whole night the outline of a man’s face, the like of whose beauty had never been seen in all the land, and his appearance was quite awesome. Moreover, in those days were seen chariots of fire and horsemen, a great force flying across the sky near to the ground coming against Jerusalem and all the land of Judah, all of them horses of fire and riders of fire. [Steven B. Bowman, Translator. Sepher Yosippon, Chapter 87]

. . . a certain figure appeared of tremendous size, which many saw, just as the books of the Jews [Yosippon?] have disclosed, and before the setting of the sun there were suddenly seen in the clouds chariots and armed battle arrays, by which the cities of all Judaea and its territories were invaded. [Roger Pearse (publisher 2005), Wade Blocker (translator), Pseudo-Hegesippus, Ch. 44, pp. 391-394 in the Latin critical text edited by Vincente Ussani.]

. . . a few days after that feast [Passover AD 66], on the twenty-first day of the month Artemisius [Jyar], a certain prodigious and incredible phenomenon appeared ... for, before sunsetting, chariots and troops of soldiers in their armor were seen running about among the clouds, and surrounding of cities. [Josephus Wars 6.5.3 (6.296-299)]

Prodigies had occurred ... There had been seen [angelic] hosts joining battle in the skies, the fiery gleam of arms. [Tacitus, The Histories, Bk 5, Sect 13]

Yosippon mentions that an image of a man’s face appeared over the Holy of Holies for a whole night, and Hegesippus says that “many people saw” a huge supernatural being (the glorious Son of Man?) about the same time that the angelic armies were seen in the sky. The first century Roman historian Tacitus confirms that these things really happened, and Josephus gives us the exact day and hour when the angelic armies were seen (Matt 24:36).

When R. C. Sproul, Sr. quoted the above passage from Josephus in his book, The Last Days According to Jesus, he described it as a “most remarkable record” (pp. 123-127). And in his conference speech, he noted that this story is “corroborated by others” (e.g. Tacitus), and that it “lends credence” to the idea that there was some kind of coming of Christ associated with the destruction of Jerusalem in AD 70 [“Last Days Madness” speech, Ligonier Ministries National Conference, Orlando, Florida, 1999].

So, it is easy to see that the Parousia, which was Christ’s extended visit to reward His saints and pour out His wrath, began right there in April 66. But that raises another question: What about the resurrection, bodily change, and rapture?

For decades I examined these historical sources searching for information about the resurrection of the dead out of Hades. After repeated treks through Josephus, I kept coming back to the following eyewitness account from the Jewish priests about what they felt and heard in the Temple on Pentecost (June 66), not long after the Zealot rebellion began:

“. . . Moreover at that feast which we call Pentecost, as the priests were going by night into the inner [court of the] temple, as their custom was, to perform their sacred ministrations, they said that, in the first place, they felt a quaking, and heard a great noise, and after that they heard a sound as of a great multitude, saying, “Let us remove hence.” [Josephus Wars 6.5.3 (6.299-300)]

When the holiday of Shavuoth [Pentecost] came in those days [June 66 AD], during the night the priests heard within the Temple something like the sound of men going and the sound of men marching in a multitude going into the Temple, and a terrible and mighty voice was heard speaking: “Let’s go and leave this House.” [Steven B. Bowman, Translator. Sepher Yosippon, Chapter 87]

Moreover in the celebration itself of the Pentecost the priests entering the interior of the temple at night time, that they might celebrate the usual sacrifices, asserted themselves at first to have felt a certain movement and a sound given forth, afterwards even to have heard shouted in a sudden voice: “We cross over from here.” [Roger Pearse (publisher 2005), Wade Blocker (translator), Pseudo-Hegesippus, Ch. 44, pp. 391-394 in the Latin critical text edited by Vincente Ussani.]

It was not just coincidence, or inserted to fill space, that Josephus gave us the exact day and hour when this event occurred, where it occurred, and who witnessed it. God’s providence was clearly involved here. But there were no visuals – the priests heard what was said, but did not see those who spoke. That great multitude was invisible because they were in the UNSEEN realm

The probabilities for identifying that “great multitude” are greatly enhanced when we remember where they were. What group of people in the unseen realm would be leaving one part of that realm to go to another part of it, and why?

The most reasonable explanation is that it was the resurrection of the dead out of Hades (Rev 20:13-15), and the time when the mortal bodies of the living saints were changed into immortal bodies, and then caught up together with the resurrected saints to be with Christ forever afterwards (1 Cor 15:51-52; Phil 3:21; 1Thes 4:17).

Their Expectations WERE Fulfilled

The above historians show that Jesus and his angels arrived a few days after Passover (April 66). Jesus said that after his arrival he would send forth his angels to gather together his elect (Mat 24:31; Mk 13:27).

Those living saints were anxiously awaiting His return, groaning within themselves, and longing to be clothed with their immortal bodies. They were looking for and hastening the day. They had fixed their hope completely upon it. It was not something that could pass by unnoticed.

And since their expectations were fulfilled in the experiential way they had expected, it means they would have known that the Parousia occurred. But since their bodies were changed and translated into the unseen realm, it explains why no Christians remained alive on earth to mention the fulfillment afterwards. They were silent because they were absent. They were gone – no longer on the earth – taken to heaven.

Podcasts and Free PDF articles available by email request:
Podcast Archives (www.preterist.org/podcast)
Let Us Go From Here (PDF article)
Strange Silence After AD 70 (PDF list of scholarly quotes)
Historical Problem for All Preterists (PDF article)
Where Did the Christians Go? (PDF article)
Why No One Noticed These Things (PDF article)
No Permanent Rupture in the Church (PDF article)

Your honest review will help others in their search for truth. If you must leave a negative review please be gracious.